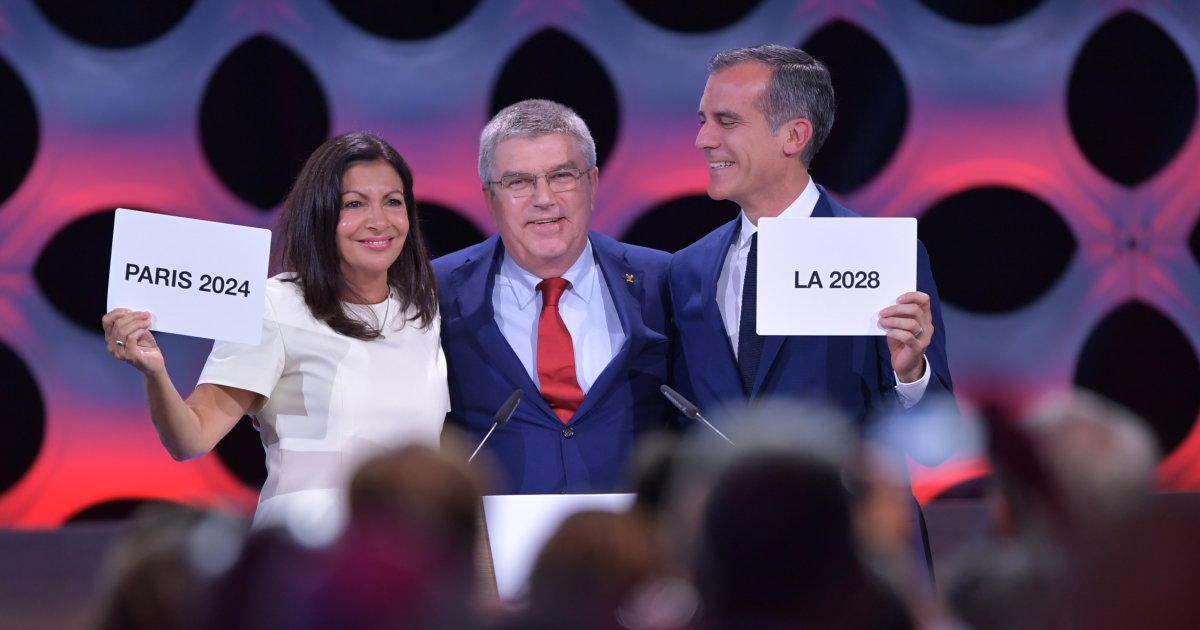 The ICO meeting in Lima will confirm Paris and Los Angeles as hosts for the 2024 and 2028 Olympics, crowning two cities at the same time in a historic first for the embattled sports body. / AFP PHOTO / Fabrice COFFRINI 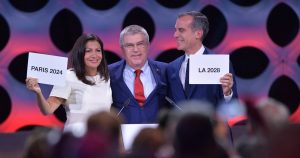